"Because on and off
The clouds have fought
For control over the sky...

And lately the weather has been so bi-polar
And consequently so have I"
-Relient K; High of 75


When you are so pessimistic and paranoid that you can't believe school actually got cancelled. That would be the normal reaction for someone studying hard for a quiz close to midnight when they get a message telling them "na walang pasok" (that there isn't any classes).

Or, maybe, it is just me. Now for the most part that would be a cause for celebration because "hey-we got no school!" But then the rain escalates bringing on a proverbial wet hell onto the country. Wet enough of a hell for people to play the "wrathful hand of God" card and to start unnecessary arguments that tend to end with photoshopped images of Batman slapping Robin.

At the height of the rain (yeah, it was not even a storm) you would've seen a lot of Genesis 8:7-12 = August 7, 2012 posts hinting that it is a whole repeat of the Noah's Ark story.  This sudden increase in panic now that there's some religious element to the whole ordeal annoys me. To pin natural disasters on God, ridiculously coincidental or otherwise, seems silly to me.

For all intents and purposes the major flooding happened because of what I assume to be clogged up canals and a huge amount of rain no one expected. And I'll also assume that this weather is all tied up to climate change, and I don't need to get detailed there.

If God were to strike a storm on the Noah's Ark scale I'd assume that the whole planet would be under 400+mm of rainfall and counting.

It is this need to project the problem outside of your ability to affect it makes me feel like we're all too scared of facing up to the reality of things to handle it ourselves. "God made it happen so all I can do is repent and pray that it stops" 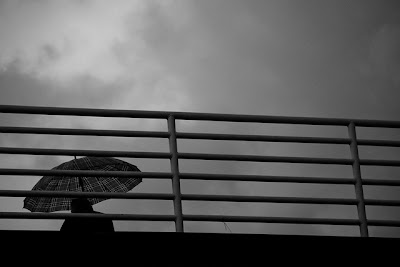 Whoever is giving me that whopping 1 pageview per 3 months high five you're awesome.

Onto business, I post here after who knows how long to talk about the earth. You know how every yearish your whole country turns off all the lights in their house for one whole hour at the same time? Well my family has been doing that. Everyday. That's right, almost everyday(details on that later) we shut down the whole house for an hour, not just the lights, the whole house. Heck even the fridge gets turned off.

So are you interested? Read the details my dad typed out here:


"We have been participating with the Earth Hour since it was started and still relatively unknown years ago.  Since the Earth Hour early April 2012, our family has been experimenting and now implementing our own version of Earth Hour: Every Day.  It is our own way of helping the planet somehow (among the other little things we have been doing along the way).  Simply put, instead of having an Earth Hour (where you turn off all electrical appliances for just one hour in one day of the year) once a year, we now do it daily.

Here is how we do it:

1.       We do it at a random hour between 7:00PM to 12MN: those times are the most “electrically active” period in our household where everybody is doing something.  It does not make sense during the day time when someone is usually out of the house or after midnight when we are asleep anyway.

2.       It is not a fixed—it is a movable hour during the time frame listed above.  We give concessions to home works that needs to be done (which usually involve having to chat online with classmates) and, yeah, TV shows to die for.

4.       It is not absolute; we do leave the light on in the driveway for security and an electric fan (especially during summer) in one room where we all hang out during that hour.

5.       It is not oppressive because we allow ourselves to skip a day to make an exception for:
a.       Visitors
b.      Home works or school projects that are a matter of life and death (usually Khalil’s)
c.       If we come home late (which means that in that chunk of time both computers, the television and an air conditioner is turned off anyway)

What do we do during our daily Earth Hour?

1-      Nothing
--       Sleep (but usually interrupted because we have to plug in some key appliances anyway; i.e., the refrigerator)
--     Have snack by candle light.
--      Talk.  Yeah, there is such a thing.  Takes us away from Facebook or whatever online venues there are out there to actually talk to real persons in the same house. What do we talk about?
a.       Nothing
b.      Something—not necessarily meaningful
c.       Personal stuff (feelings, love life or the lack of it)
d.      Faith (and yeah, we do get to pray…but that is because we are Christians; substitute your own ritual if you belong to another religious persuasion; if atheist go to #1)

What do we get out of it?

1.       Apart from the fuzzy feeling that we helped Mother Earth somehow, there is the notion that one hour daily is about 30 hours a month without electricity.  That is more than a day!  Not only is it a “day” without electricity but a “day” of intensive use (remember we do it during the peak usage hours).  We’re bad in math so we figure we must have saved something in our electric bill.

2.       Shutting down everything daily reminds to kill the vampires: yeah—those little things in the house left plugged in and forgotten.  Chargers and stuff that emit those evil stand-by lights the gradually sip off electricity without really doing anything except to be ready to satisfy our desire for instant gratification.

3.       When turning on and plugging things again, we realize what is really important.  Like, we’re not going to use this particular appliance until two days from now, why even plug it in (especially if it is a vampire)?

So there you have it, we've been doing this regularly for some time now and we wish to share it, are we trying to start something here? Like some big movement where EVERYONE does this EVERYDAY? Sure. Are we going to lead it? Not so much we're too lazy for that. But be sure that we do this regularly and it's not some wishful thinking we threw onto the internet. Thanks for reading.